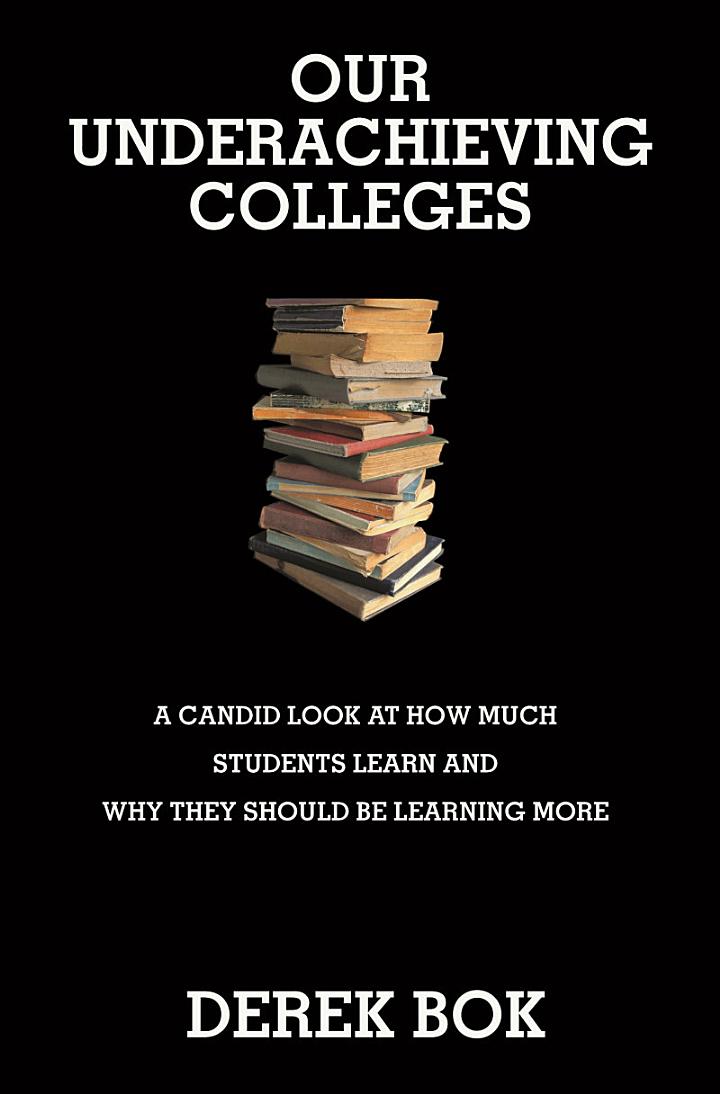 Your preview has ended! Become a member today to continue reading for Free!


Drawing on a large body of empirical evidence, former Harvard President Derek Bok examines how much progress college students actually make toward widely accepted goals of undergraduate education. His conclusions are sobering. Although most students make gains in many important respects, they improve much less than they should in such important areas as writing, critical thinking, quantitative skills, and moral reasoning. Large majorities of college seniors do not feel that they have made substantial progress in speaking a foreign language, acquiring cultural and aesthetic interests, or learning what they need to know to become active and informed citizens. Overall, despite their vastly increased resources, more powerful technology, and hundreds of new courses, colleges cannot be confident that students are learning more than they did fifty years ago. Looking further, Bok finds that many important college courses are left to the least experienced teachers and that most professors continue to teach in ways that have proven to be less effective than other available methods. In reviewing their educational programs, however, faculties typically ignore this evidence. Instead, they spend most of their time discussing what courses to require, although the lasting impact of college will almost certainly depend much more on how the courses are taught. In his final chapter, Bok describes the changes that faculties and academic leaders can make to help students accomplish more. Without ignoring the contributions that America's colleges have made, Bok delivers a powerful critique--one that educators will ignore at their peril.